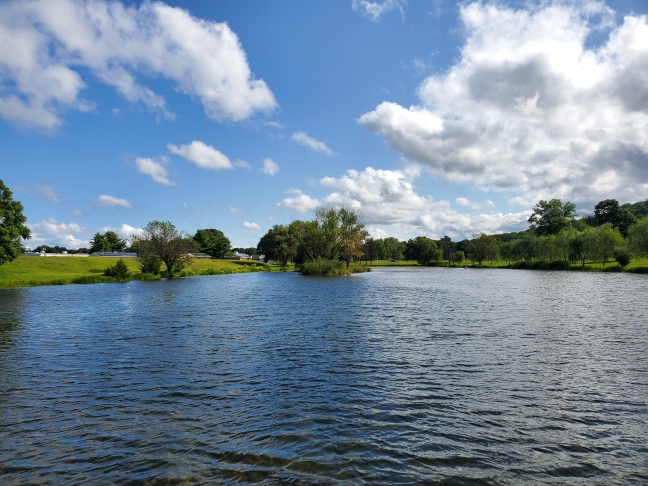 Reign in life is reign over sin. Because sin is the opposite of life, remember the choice from tree of good and evil, and tree of life. Sin is changing the course of history. Genesis 3:22-23. And the result is death. Romans 6:23. To resist the attraction of sin and its stronghold we need courage.

Read Joshua 1:9. I think when God said, “Be strong and courageous! Do not be afraid or discouraged!” God really understand that Joshua, as other human being also experienced fear in his life. And I believe each and every one of us who come to this place also have fear and have something that we are afraid of.

But let me back to the definition of the word “courage”. In one simple sentence, courage is persistence, perseverance even though there is a reason to fear. So, you know exactly that you fear something, but you choose not to give up to your fear. Courage itself could be a physical courage, moral courage, or psychological courage.

And we always admire people who show courage. That’s why we love movies about heroes or super-heroes. From Robin Hood to Harry Potter, or Spiderman to Captain America. I love movies, even though I don’t go to cinema any more. And I don’t against you to watch movies, but please watch it with discernments. Because “good and fascinating” not always reflect Godly thing. Satan in that garden was enticing people with something “good and fascinating” (the forbidden fruit), but by the act of eating it, Adam and Eve against God’s will. They are become unfaithful to The Word.

If you read the book of Matthew, in the first chapter you will find a list of biblical figures related to Jesus. Matthew 1:1-17. This genealogy of Jesus also can be found in the book of Luke but doesn’t appear in other two books who write about Jesus (Mark & John). Matthew put this in perspective of Jesus as The King. The genealogy shows that HE is from the line of David, as the prophesies from Old Testament being fulfilled in Him. I don’t have enough time to mention them one by one and tell you their stories. And each one of them did a courageous act, their stories lead us to the main characters in Jesus’ early life.

Mary. Matthew 1:18. Story about Mary with more details is in Luke 1:26-38. When I compared verses in Matthew and Luke, one important biblical value that popped out was about marriage.

Being engage with someone doesn’t mean you can give away your virginity. Either you are male or female. There is a false thinking or false value that growing among the young people that you have to be like them. They are kissing, they are having sex, they are cheating. Once I was invited to a talk-show with High School Students in Bandung. And I said this: “It’s easy to grab someone who think they want to do these things. But it’s hard, it needs courage to keep yourself from doing that. Moreover, if there is a fear of rejection or a “mark” that you are “weird” and “not-their-kind”. Matthew 16:26.

The second person who showed his courage is Joseph. Matthew 1:19-21. What is it like if you’ve found out your significant other in a condition that will most likely break your heart? Could you courageously be showing him or her an act of love?

I have seen young guys and girls, doing horrendous thing for the sake of love or fame. This is the world where the devil and his crafty evil plans try to rip you apart! The next generation of these last days. The devil will try that with your family, with your close friends, with all of your significant others. But the question is could you still say “I love you, God loves you, but we hate your sin!” Or you just keep that hatred in your heart to them and to God. An act of love needs a courageous heart. It shows that you are reign in life.

Now you imagine Joseph. He is a good and noble guy but he heard the news about his fiancée who got pregnant before they are getting married. WWJD? What Would Joseph Do? Posting a status: UNFAITHFUL! Or an instapicture with caption: “all women is cheater”? No, he tried to compose himself and still showing his love and respect to Mary by divorced her in a quiet. Even though he has the right to do it publicly. You know sometimes courage is shown in a closed door, love is not only about affection, but also a courageous act. When you release forgiveness to someone and wishing them all the best, you show them that you are courageous person.

In such condition you feel that you are losing meaning, you feel insignificant. But listen this, your value, your meaning in this life is lay within the love that you have, not in love others don’t have. 1Corinthians 13:2. If you still remember the story of Joseph, do you remember who gave encouragement to Joseph to take Mary as his wife? An angel. Now let’s forward our time capsule 33 years after that Angel came to meet Joseph, an angel also appeared to Jesus in His final hour at Gethsemane. Luke 22:43. What I can say, that was the appearance of the person Holy Spirit, the helping Spirit of God, like what Jesus had said in John 14:16-17.

At the end of this sermon, I want you to know that there are 3 pairs of significant threats in psychology that could cause you to lose courage, needless to say reign in life. They are:

Jesus standing among you, now it is your decision to approach Him, believe in Him, and like the woman who touch Jesus’ robe “if I may but touch his garment, I shall be whole.” Invite Jesus into your heart, invite Holy Spirit to guide you and to give you courage that you need.